The Macy’s Thanksgiving Parade is almost upon us, and this makes everyone here at Your VIP Pass super excited. This is one of New York City’s biggest events and we’re especially thrilled and excited this year as COVID-19 meant we had to settle for a much smaller parade last year. In recent months, we’ve been talking about and exploring the parade and what it means to us; if you’d like to learn more, read our fun facts about the Macy’s Thanksgiving Day Parade and our first blog looking ahead to 2021’s Macy’s parade! Today, we’re looking at one very special topic: which Broadway shows are going to appear at this year’s parade. It’s always a huge part of the parade and we’re very pleased with 2021’s representation.

If anything in this blog gives you that final push to plan your perfect parade away from the crowds and with incredible views, check out our VIP Macy’s Thanksgiving Day Parade experiences. Enjoy great food, incredible views of the parade, and even some additional entertainment. We take the Thanksgiving Parade to the next level!

Celina Smith as Annie, Harry Connick Jr. as Daddy Warbucks, Taraji P. Henson as Miss Hannigan, Nicole Scherzinger as Grace Farrell, Tituss Burgess as Rooster Hannigan, and Megan Hilty as Lily St. Regis. We know Annie Live! will have a presence at this year’s parade, but we have no idea what this presence will be. We can’t wait to find out! 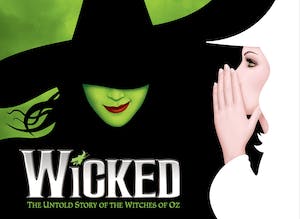 One of Broadway’s most legendary musicals in recent years, Wicked is the story of the witches of Oz, taken from L. Frank Baum’s The Wonderful Wizard of Oz. Fun, fantastic, and magical, Wicked has been incredibly popular in recent years, and we’re thrilled it will have a presence at this year’s Macy’s Thanksgiving Day Parade. Whatever they do for the parade, you can bet there’s going to be more than a touch of magic and wonderment! 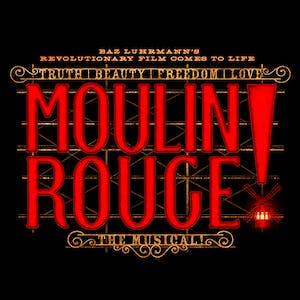 Moulin Rouge began life as a film musical directed by Baz Luhrmann and written by Luhrmann and Craig Pearce. Given the film’s success, they developed a Broadway musical version in 2018. Needless to say, it was a smash hit, winning 10 Tony Awards. The classic Parisian aesthetic in Moulin Rouge is simply stunning, and we’re sure the show’s presence on the parade will include a dazzling array of French costume design! 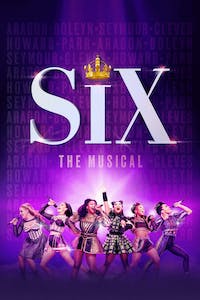 SIX is an incredible modern retelling of the stories of the six wives of Henry VIII presented as a pop concert. The wives each take turns arguing who should be the lead singer of the group, competing for who has suffered the most at the hand of their cruel, capricious husband. This imaginative retelling started out in the Edinburgh Fringe Festival in 2017, and it has enjoyed incredible success with professional productions in both the West End and Broadway. We can’t wait to see what SIX brings to the Macy’s Thanksgiving Day Parade…

There are so many incredible things to look forward to at the Macy’s Thanksgiving Day Parade; we’ve just chosen to focus on the Broadway representation today. However you choose to enjoy the parade — whether on the streets or with one of our VIP experiences — we hope you have a wonderful time. If you have any questions about our Macy’s Thanksgiving Day experiences, please don’t hesitate to get in touch. And if you’re looking ahead to the New Year, check out our incredible New Year’s Eve in Times Square VIP experience!